Part 1 of my adventure | Bhejanes trails camp, Ibandla, a beautiful and untamed location

There is a place, far from here, where wild things still roam… Our journey takes us to Bhejanes trails camp, Ibandla, a beautiful and untamed location, with the rumor of a Finfoot… However as per usual, I get more than I bargained for!

The Landie was prepped and ready and I was in a head-on collision with a bird that had been eluding me from day one. Leaving the coastal forests behind us, we ventured inland to the dirt tracks and dust of Pongola.

We were roughly 200 kilometres from where we had first hunted for the African finfoot. However, with sightings as recent as the previous day, we had our hopes up but, somehow, we kept finding ways to get distracted.

“Look at this guy. He’s a big boy!” Tortoises have a funny habit when it comes to crossing roads. No matter how close they are to the finish line, if they get spooked, they’ll turn tail and run back the way they came. This is probably because they know the way they came from is safe, but it only serves to put them in harm’s way. However, for this big brute, we were obviously not enough of a threat for that kind of reaction. “He doesn’t really have that much to worry about out here – except for cars, so I think I’m going to just watch him and let him go about his business, get to the other side.”

We were met by the much-welcomed sight of Bhejane’s staff to lead us to the campsite. It was a lot further south than we anticipated and we once again found ourselves on the Mkuze River – although, this time a lot closer to its source. Taking a break from the rough roads, I handed over to Rory and Cam for the final stretch and took the chance to stick my head out the window.

Upon arriving in camp, it was clear that the fun had started without us and mischief was well under way. Students were going about their daily business with walks, assessments, and birding trips in one of the most beautiful places in the country. Naturally, there were some other shenanigans brewing and it didn’t take long for me to get dragged into it. There is always something happening at Ibandla.

Although kind of goofy at times, the Bhejane rangers are some of the most skilled and knowledgeable in the industry. Even when goofing off, they are constantly aware of what’s happening around them and nothing happens in the bushveld without them knowing about it. That’s why it was them we went to for some much-needed local intel on some much-needed birds -and they had just the spot, but it wasn’t what I was expecting.

“We’re here at Ibandla and I am currently standing over the Mkuze River. I’m here because there’s an old legend/myth that the Hammerkop nest can take the weight of a full grown man.” But I had to get up there first and, as usual, I had an audience. “Seems we’ve got a spectator. Looks like my cousin’s not the only one hoping the Hammerkop legend will fail.”

However, refusing to suffer from stage fright, I continued my way up the tree. “These nests can sometimes take weeks to build and, the thing is, they stand for years. This is quite a small one, they can be much larger than this, but the theory is that man can put his full weight on a Hammerkop nest without it breaking. The actual nest is inside. It’s hollowed out and covered and caked in mud on the inside. I think you can see the hole in there and this is an abandoned one – just clarifying that – but I’m going to see if this thing can take me.”

“The nest can take me but I’m not quite so sure about the branch.” I guess that’s one myth busted, much to the dismay of my resident supporter. “I should not have looked down. All right guys, I think I’m going to join the Hammerkops for a bit. I’ll see you next week.”

Subscribe to newsletter and receive a free book preview 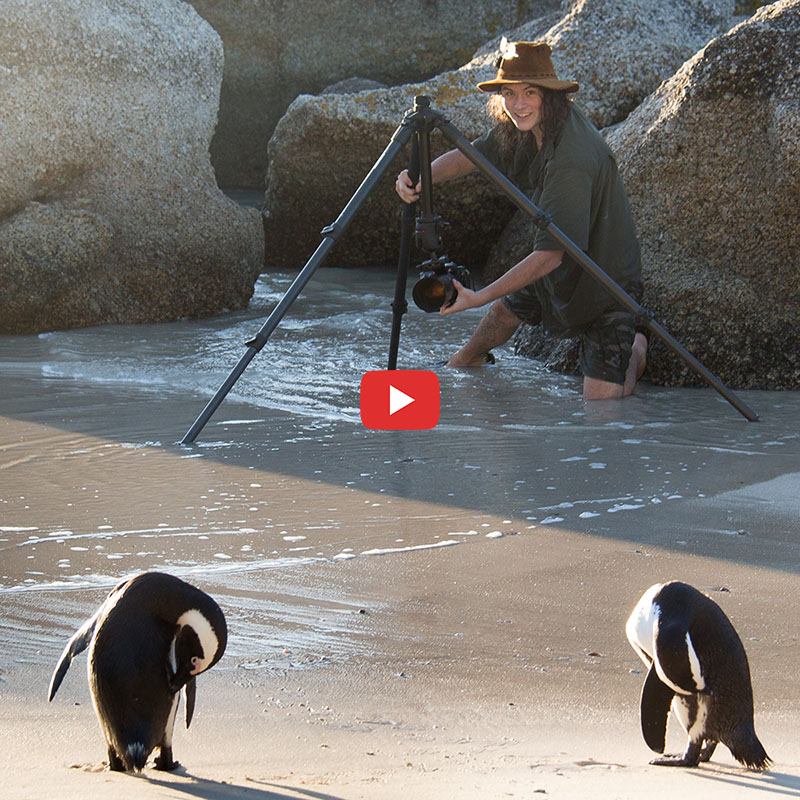